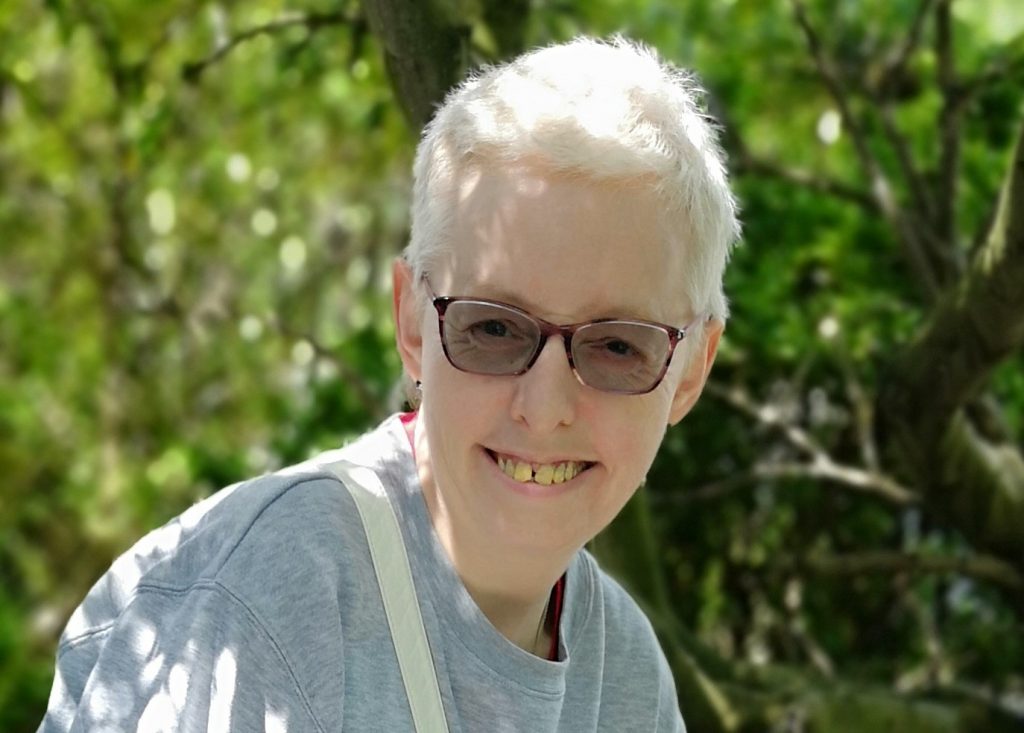 I would like to share where me and my boyfriend John met. When me and John got together in September 2010 we was coming out of Monday club. I asked him has he got a girlfriend and he said to me have you got a boyfriend and I said no. When I started dating John I felt a bit happy. We’ve been together 9 years. We still love each other, we still contact each other everyday.

Before the lockdown we been out together, we see each other at Grace Eyre when it’s half term and when I’m at Beach House as well. We have food together and watch films, I still love him and he still loves me. It’s when the person loves each other and they give presents to each other like if it’s the boyfriend’s birthday or the girlfriend’s birthday. Sometimes we have arguments. It helps when say if we had an argument and we have to work it out like say why did you do this why did you say that.

I don’t see John much because he goes to work everyday. I miss him when he’s not on the Zoom. I feel a bit lonely with not seeing my friends and my boyfriend. Last time I saw my boyfriend was in April when it was my birthday, came to my house he did. When I had my party in my house it was ok but we had to be spaced out. We went in the garden and it was a good party it was. My family were there and so was my boyfriend. We had loads of food, I had some little nibbles like sausage rolls and all that. I had loads of presents, I got a new telly! I had a cup with 40 on it, a glass with 40 on it. I had some balloons and I had a big cake with 40 on it!