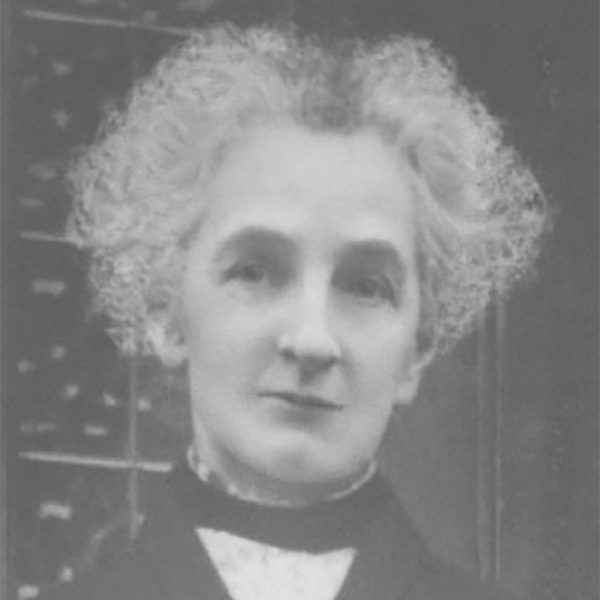 Before the Guardianship Society Grace was born in Brighton on 24th February, 1864. She was the eleventh child in her family. Her dad was a Major in the Army. Her mum was upper class and religious. They moved to Brighton around 1856-1860. They lived at 12 Norfolk Terrace in Brighton.

In 1871, the family had seven daughters living with them. It was a busy home. They had a cook, a teacher, a nurse, and maids. The family also owned a country home in Heathfield. Grace’s family was rich.

In 1884, Grace went to Lady Margaret Hall. This was the first women’s college in Oxford. Grace was one of the first women in the UK to go to university. She studied for two years. Grace’s sister Hilda studied there too. This was rare in the 1880s. Lots of people did not want women to study back then. Women couldn’t get a degree until the 1920s.

Grace moved back to Brighton. She visited some asylums. Asylums were big crowded hospitals. Many people lived in asylums back then. Some of them had a learning disability. Some of them had mental health problems. They were stuck in hospital. Grace thought this was unfair. Grace wanted people to have more freedom.

Setting up the Guardianship Society This was Grace’s calling card. A calling card was a photo you left at someone’s house to say you had visited. This photo was taken on Western Road in the 1890s.

Lots of people asked Grace if children could leave hospitals for good. Grace and her friends helped find homes for the children to stay. This was the start of Shared Lives. Shared Lives is a scheme where people live in a carer’s home. People still live in Shared Lives homes today. Doctors and nurses visited children at their new homes. They made sure the children were healthy and happy.

Grace wanted disabled people to have more freedom. Lots of people did not agree. These people believed in eugenics. Eugenics is the idea that only people with good qualities are allowed to have children. For example, if two parents are smart their children might be smart. The problem with eugenics is it says some people are better than others. This means other people have their rights taken away.

Early days of the Guardianship Society This photo was taken in 1915 on the steps of 4 Richmond Terrace, Brighton. Can you spot Grace at the back? She is 4th to the right. We think she is standing next to staff. We think the children in the photo attended the day centre.

In June 1913, Grace set up a meeting. Her sister Hilda was there too. Dr Helen Boyle came to the meeting. She was one of the first UK women doctors. They helped disabled people to live in the community. Disabled people went to live with carefully selected families. Disabled people were supported to get jobs. They were given medical support. Regular reports were sent to the Board of Control. Grace on a summer visit to Tubwell Farm. We think these young men worked and lived on the farm. This photo was taken in the early 1930s. Thanks to Muriel Hart for this image.

Some people saw the Guardianship Society was doing good work. The Board of Control praised their work in 1923. People wrote to Grace for advice on how to set up their own groups. Some of these people lived in Australia, America, and Canada.

In 1923, the Guardianship Society bought Dungates Farm. In 1927, they bought Tubwell farm. They also bought some cottages for foster families. Young men with learning disabilities learnt skills on the farms. Learning skills at the farms helped these men become more independent. Learning skills helped them find work. The farms ran until 1958. Men worked on the farms growing crops, caring for animals, and selling produce. This is a photo of Grace smiling, taken at Tubwell Farm in the 1930s.

Grace went on summer outings to the farm with staff, carers and families. She was “a rather thin lady, always in grey”.

Grace lived at 13 Compton Avenue, Brighton. She lived with her sister Hilda and brother Henry. In 1935, she had a heart attack. She moved to a nursing home on Dyke Road. Grace died on 5th April, 1936. She was 72 years old.

Grace was buried at Woodvale Cemetery in Brighton. She was buried with her family. A staff member said Grace was enthusiastic, kind, and determined.

Grace’s Shared Lives model is still used today. Grace was one of the first to start a training centre. She helped start the Clinic for Nervous Disorders. Grace worked very hard. She worked 7 days a week until 8 or 9 at night. Grace said asylums should be “the last option of care”. Grace wanted people with learning disabilities to feel happy, useful, and confident. Grace thought disabled people should have their own “place in the sun”.

If you would like to read more about Grace Eyre Woodhead, a longer version of her story (still a work in progress!) is here:  Grace Eyre’s Life & Legacy (June 2021)