Barbara talked to Annie King about her life. She shared her experiences as a child in London after the war, her family, memories of the Queen’s coronation, her move to Brighton and joining Grace Eyre’s Shared Lives scheme. 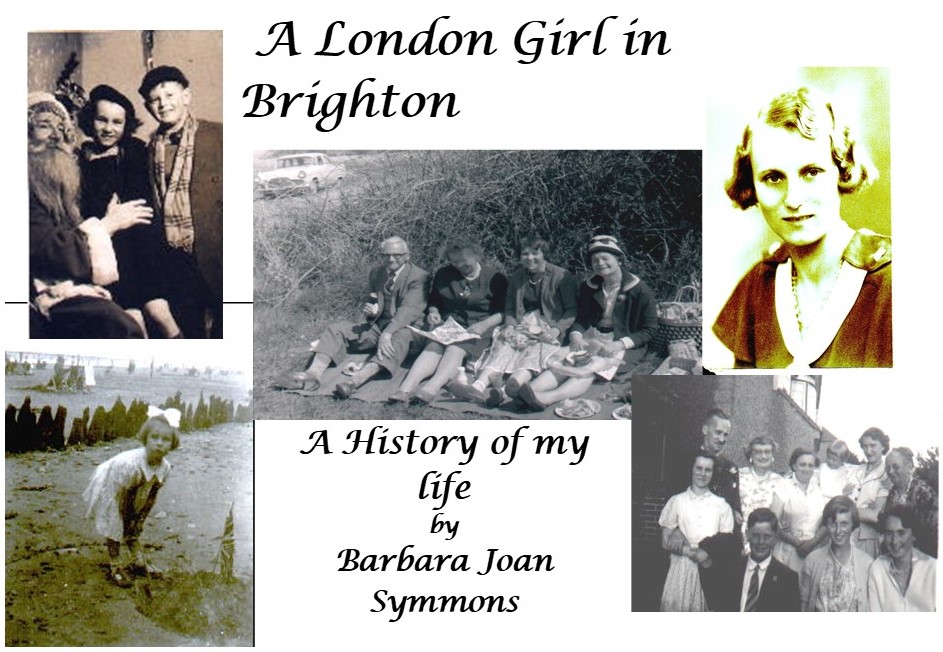 Here are some snippets from Barbara’s story.

You can read Barbara’s whole story in ‘A London Girl in Brighton: A History of My Life by Barbara Joan Symmons’ [PDF]

I was born on the 12th of November, 1939.  I was born in Cumberly, Finley, Surrey.  Because of the war years, there wasn’t any room in the hospital near our London Home. They were filled up with old age soldiers.  My mother was evacuated there and we lived near her sister in Farnham. I think it was early Sunday morning that I was born.,  Dad had to get leave to come over from Dunkirk.  I had to stay with mums sister until I was two until I was about 2.  We stayed above one of the shops… 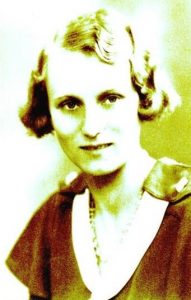 Mum.  She was very pretty, she was beautiful, and she was. Mum had fair, smooth skin.  She was an angel, always taking care of me. Mum had blue eyes and brown hair. Dad had blue eyes as well.  All of our family did.   Mum came from Clapham, London.  She dressed like a queen.  I remember mum in a patterned blue dress with imitation gold buttons down the front.  Mum used to have a lovely blue jacket that went with a blue skirt, nothing too old fashioned, mostly from the 50’s she had a nice fur evening coat…

…Mum was a care free person. She always enjoyed herself.  When we went out with Dad in the car she was always laughing.  She was never too serious… well; sometimes she was, when she got tired.  When we went on our summer breaks to Devon, she would have a good old joke and a laugh. Some of my favourite times were when we went out to shows or shopping.  That was a good ol’ time. I remember when we used to have birthday parties she used to wear a party hat and get all of the children on the street to come in. When we had the Coronation Street party in 1953 mum got some tickets and somebody she knew in the Houses of Parliament made a cake.   The Mayor came and a gentleman played the piano for the coronation party.  He played the good ol’ songs like it’s a long way to Tipperary and Roll out the barrel. The piano wasn’t tuned in properly so of course it lost some of its notes.

Mum used to work part time. She would go in at 12:00 and come back at 6:00pm. Mum used to work near Mill Bank near Lamberth Bridge.  She did short hand and typing.  Years and Years ago, before that, she worked at Gambridges, a big store in London, where she met dad. 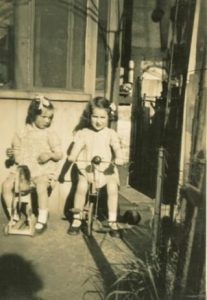 We had a rocking horse brought to us by a friend from my dad’s work and somebody took this photograph of me and my friend, Francis.  She lived three doors away we played together as children and she had a sister called Sally.  We always played together in the garden when her mum was at work.

When mum was off work during the holidays, she would take us to London to see a show.  We used to play blind mans bluff.  We used to play oranges and lemons and sometimes we had tea in the garden, we would have egg and bacon or egg and chips, or salads.  My favourite was egg and chips.  Our garden was a small garden with houses out of the back of us in the next road it was bombed in the war.  Later on they built some more houses.  We used to play in the old bomb sites.  Skipping games, hopscotch, blind man’s bluff and we play on swings in the common sometimes because it was safe.

This photograph was taken in somebody’s garden, one of mum’s friends.  Mum had some friend in Margate, where she stayed during some of the war years. I remember the old shed in the background they used to keep tools in there, old bicycles, children’s toys, prams.  I remember the garden, it was fairly over grown.  The grass felt prickly under my feet lucky there was no snakes there then!  There was a path going from our house going through the garden.  There was a field out of the back of the house with horses in it. I had my first tricycle when I was about two years old. When I was three or four I had a three wheeler one.  I think it was blue. Then I had a dog on wheels, I named him Mickey. The dog was sort of a brown colour it looked like a mongrel mixture.  It had a long tail. I used to cart it about with me all the 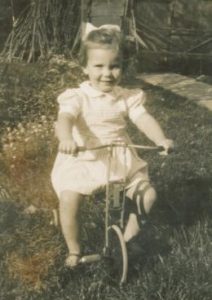 time, take it everywhere.  I think he went to my cousin in the end as I was getting a bit too old for it then; it went by boat I think. I didn’t mind, I missed it a bit. Then for Christmas I had a doll pram. It had wheels on it and made a rattle.  When I was twelve I had a two wheeler bike, what you could ride on the pavement.  I had it until I was fourteen.  Dad taught me to ride it.  He took me out to the Common I used to fall off it quite a bit but in the end I didn’t.    I used to ride the bike up and down the road.  It felt nice the wind blowing against me.   Then I had it for the Coronation, bought a flag to put on the handle bar.  As I got older, I sort of grew out of it, it used to bump against my knees Cuz it was getting too small for me, (or rather I was getting too big for it) so When I was about fifteen, I decided to give it to my friend, and dad cleaned it up cus all the kids started scratching it, got new tires on it, had it all done up, in the end I decided to send it to Canada. I then had a proper road bike which was a bit dangerous I didn’t ride it very much cuz nobody took me out to show me the road, cus when a car came up behind me I was too frightened to ride it. It was a modern bike.  When Mum died in 1956, dad sold it.

Back to all Stories